Build Your Own Table Visit our Shop
Close

Recently we wrote a few articles discussing what various, popular board game related influencers have to say about our tables. After Megan and Denis, we’d like to focus on another of our favourite creations: the Henry Board Game Table. 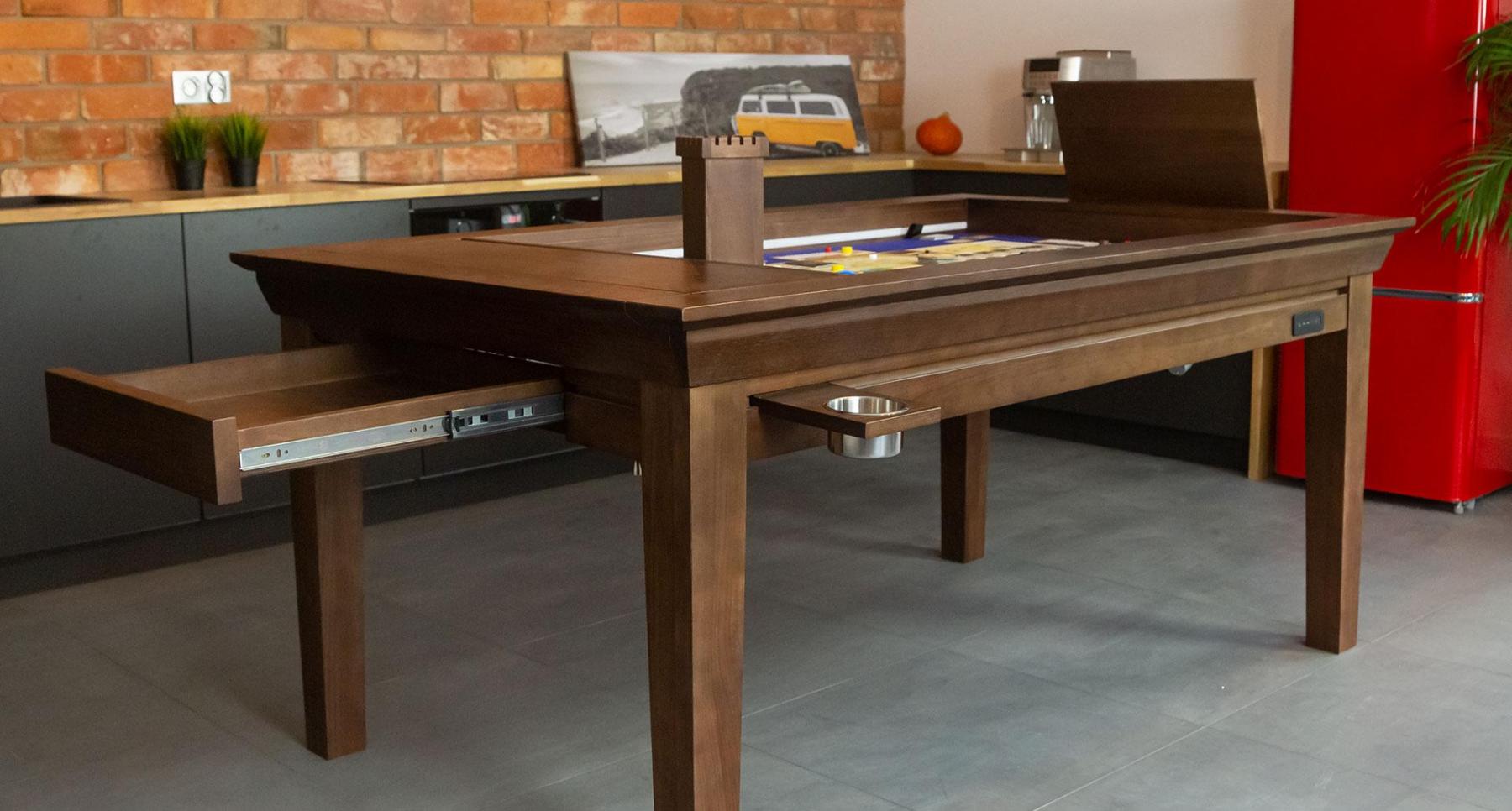 Henry was created as a successor to highly popular Denis. Like its predecessor, it is filled with tons of amazing features and introduces plenty of new ones. What can we find here? First of all: like most of our creations, Henry sports a proper set of table top leaves that cover its vault when you need them to. Other staples of our tables, like the fabric inset, solid wooden (ashen or oaken) frame and floor, are also present.

Additionally, each Henry table has two different rail systems. The inner one supports the table top leaves, while the outer rail system is used to attach optional accessories and add-ons. No matter whether you prefer a set of cup holders, player stations, or a desk with a shelf - you can attach them easily and use them right away.

Additional features include an acrylic layer (with a suction cup used to remove it), and a strake board - all shipping with the basic version of Henry. The table itself comes in two different sizes (110.00cm x 180.00cm and 120.00cm x 200.00cm). It’s also possible to get a custom sized table if you want to. 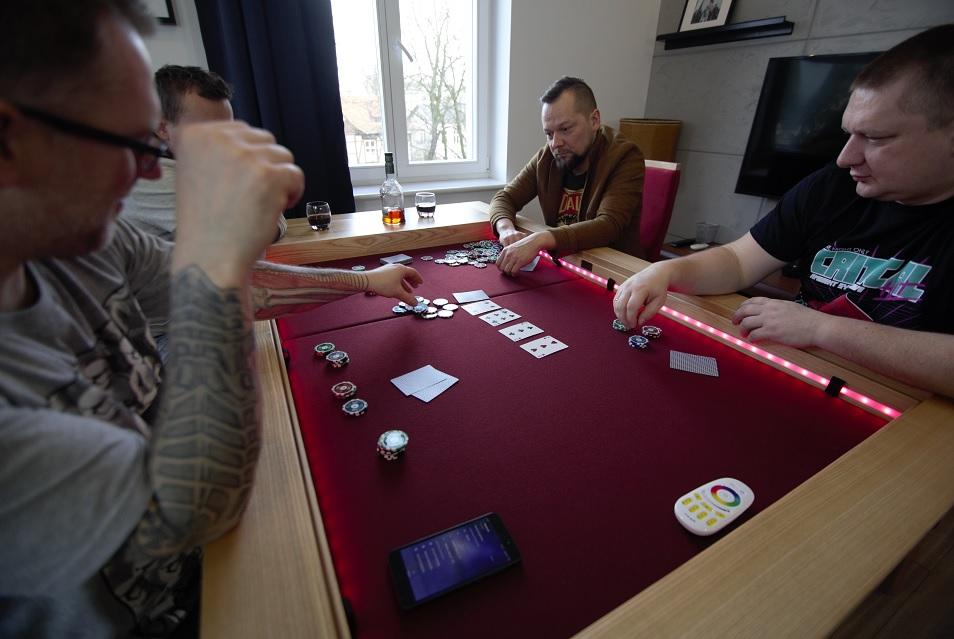 So what new features does the Henry Board Game Table boast? It’s equipped with amazing pull out drawers to hold your game components and other treasures. The table can also come with a sound system, USB and wireless chargers and a system of LED Lights that keeps on getting more and more popular with our backers and clients.

Rahdo, from the popular Youtube channel Rahdo Runs Through, got his Henry table back in 2017 and made a great video in which he reviewed it. Just like in his review of the Denis table, he loved the wooden leaf system, Keep Dry System and the rail system. Rahdo noted how Henry has a more classic design and he called it “fancier” with “a slightly nicer groove to it”.

When it comes to his favourite new features, he loved how the table has its own drawers and how some extendable parts can be used to create player desks or even places where you can focus on your work. Rahdo also praises the stereo sound system with a subwoofer that we implemented into Henry’s frame along a panel that allows you to enjoy your favourite music or ambience while playing.

Rodney from Watch it Played is another board game influencer who did a review of Henry. Like Rahdo, Rodney also mentions the decorative frame and how it makes the table look “more substantial”. He also spends lots of time talking about the leaves and multiple things you can use them for - from protecting against spills to dividing a table into sections.

Rodney discusses how you can adjust the height of the table’s vault (experimental feature) and the LED lights, which he controlled with a smartphone app. He praised numerous accessories attached to the outer rail and the drawers - one of which can be used when leading an adventure in a game like D&D. Concluding his review, he said “When you’re looking for a good quality gaming table, the ones from Geeknson, I can say, are top notch.”